Rassvyet is a Russian word that translates into "the peep of dawn" or "the break of day", but is also used in the context of "a new beginning". 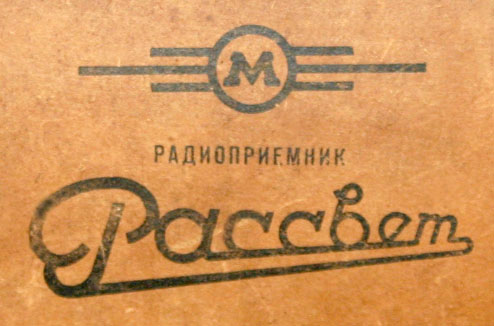 A friend gave me this radio while I was visiting Ukraine.  When it was time to return to the USA, I disassembled it and carefully packed it into two suitcases. 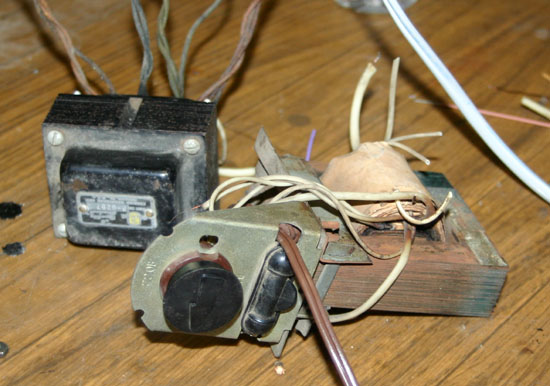 The only truly bad component was the power transformer, which I replaced with one salvaged from an old RCA chassis.  I had to machine a bracket to hold the new power transformer in place.  While installing the transformers and new capacitors, I was surprised and somewhat puzzled to find that most of the connections inside the radio were copper brazed instead of soldered. 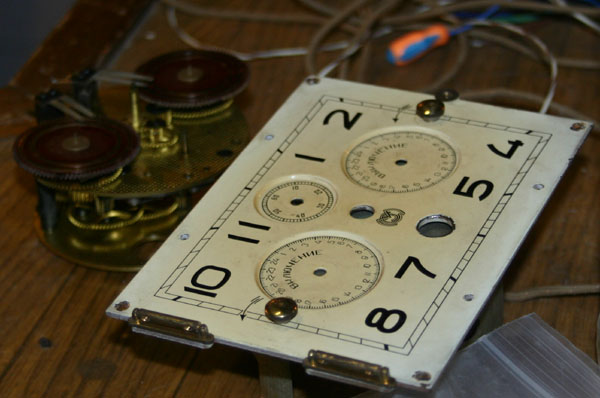 The clock only needed cleaning.  I am not sure how the clock was supposed to turn the radio off and on.  There were no connections between the clock and the radio, but there was a break in the speaker wires and there were wires conneted to the clock contacts at one time.  Hmmm, perhaps the radio remained on and the time set on the clock would turn the speaker on or off. 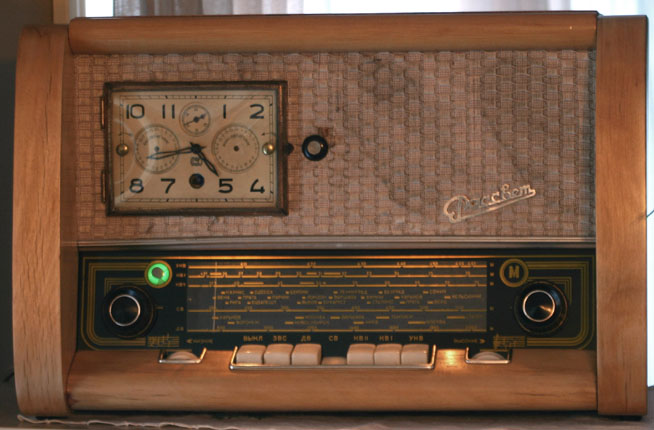 Overall, a very nicely performing receiver with even a longwave band.  The Russian 6E5S magic eye that it uses is a very readily available tube.