This turned out to be a larger restoration project than I had expected, and took many turns as I went along.  It actually took parts from two radios to make a complete good one. 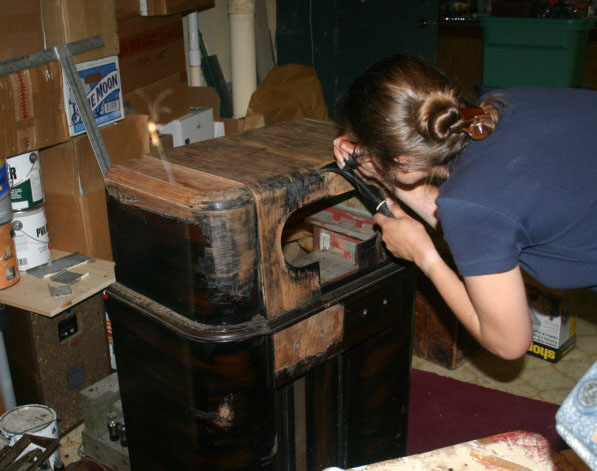 One radio was damaged during shipment, breaking the thin, curved, plywood constructed body, rendering it unrestorable.  The intact radio had been heavily painted with layers of black and brown paint.  My wife and I spent much time carefully removing the old paint. 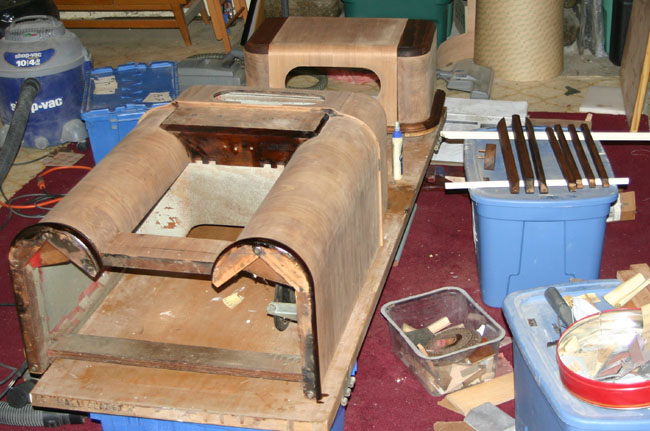 After stripping the finishing from the radio, I decided to use the top from the damaged one as the paint removal had damaged the veneer of the top portion of the radio as well as the routed pieces. 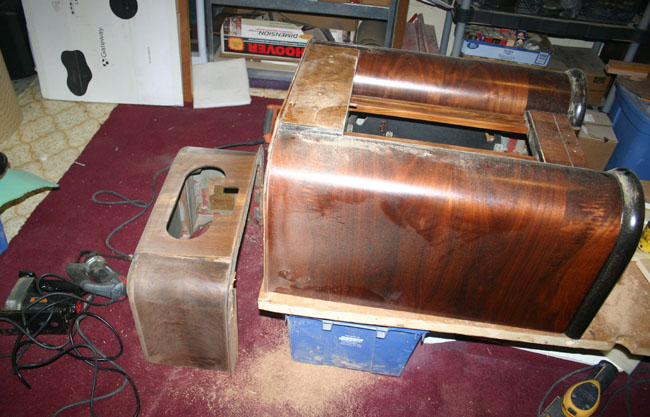 I refinished both parts of the radios and carefully separated them .  By this time, I had invested so much effort into this set that I took extreme care every step of the way. 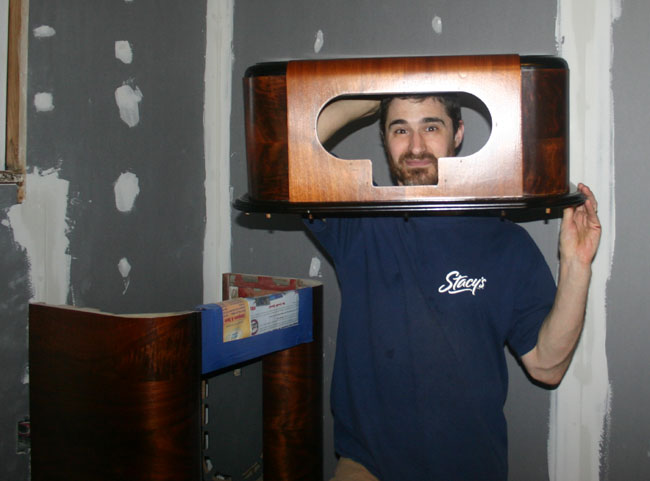 After carefully planing away the excess wood, I gave each half one last finishing coat.  Some glue and clamps were all that was needed to complete the cabinet. 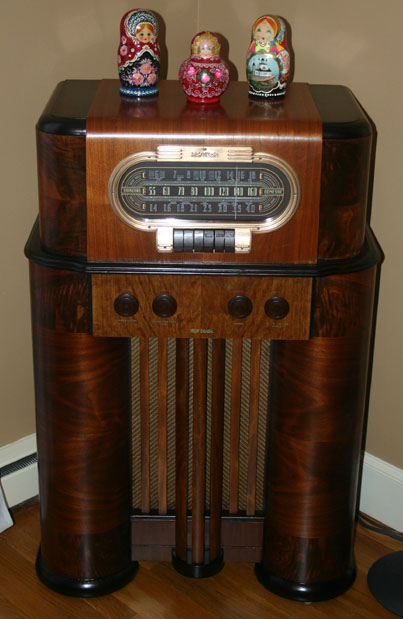 Everything went smooth from there.  After buttoning everything up and tuning in a talk radio station, I breathed a big sigh of relief and had a beer.