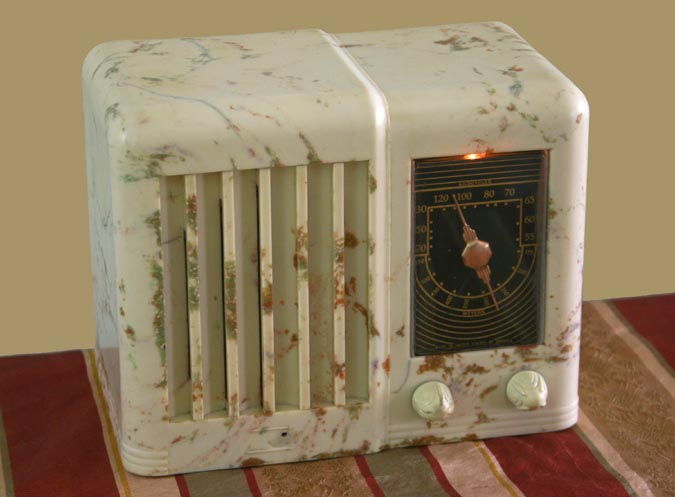 It really was a basket case.  The entire inside of the radio including the beetle plastic case was covered in a black, oily, sooty compound.  A piece of masking tape stuck to the IF can had 1937 written on it, otherwise there were no identifying markings.  Someone replaced the 25Z5 with a 25Z6 and went through the trouble of putting in an octal socket, so it was clear to see that the set had been tampered with.  I took notes, pictures, disassembled, and cleaned. 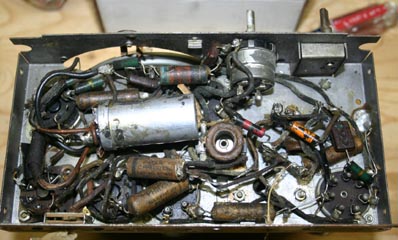 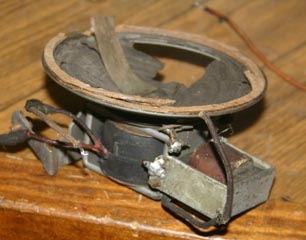 That was the fall of 2004,and I wouldn't attempt to resurrect the set until another two and a half years later. 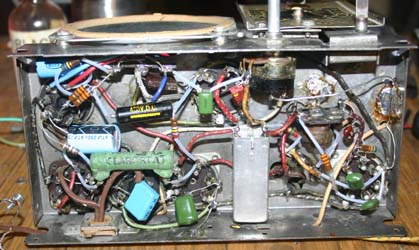 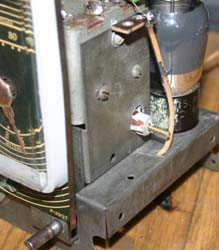 All resistors and capacitors were replaced.  I had to make an educated guess for some of the values due to components being destroyed, poorly marked,or previously replaced with an incorrect value.  I ended up putting a replacement IF transformer under the chassis and installing a variable core inductor as a substitute for what I would guess would be a loop antenna .